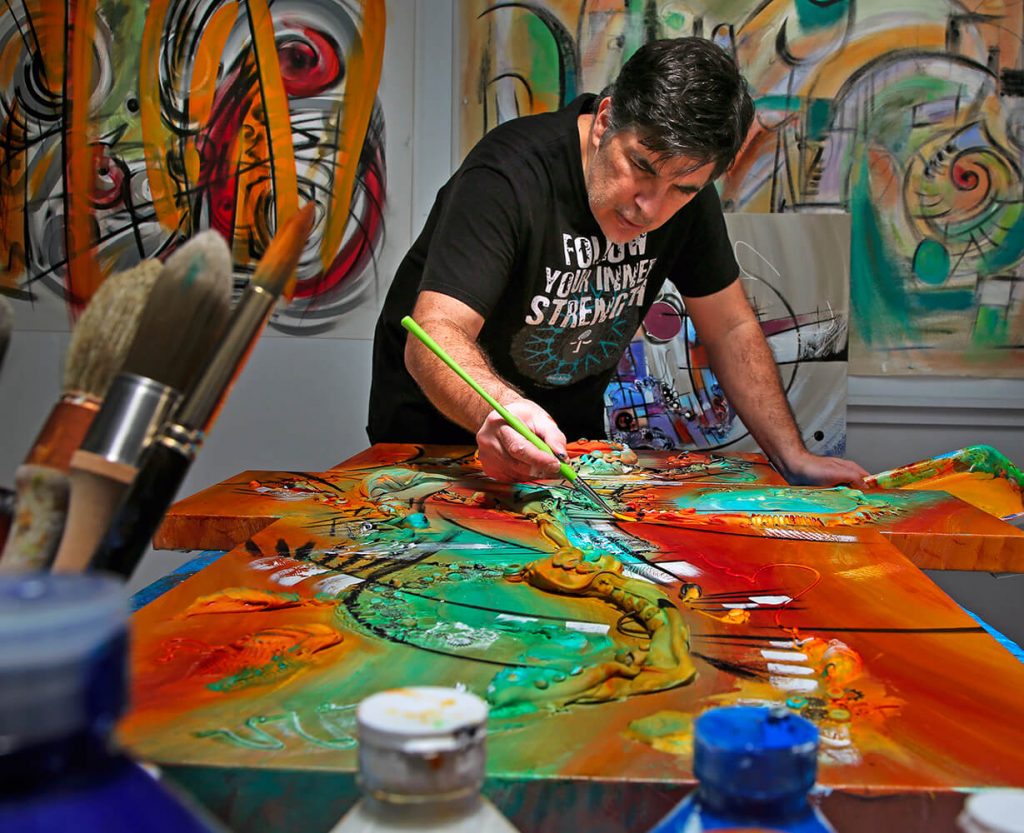 Painter for more than 30 years and graphic designer of profession, when the inspiration is at the rendezvous, I rush in my workshop to continue my approach in contemporary art “out of the ordinary” A form of synesthesia. My process of creation always predominates, I mainly use acrylic, collage and mixed mediums to create works where the pictorial organization and the movement translate a wave-like and structural rhythm in symbiosis with color and texture.

I explore and express my inner impulses in an evolutionary and instinctive way, and my approach gives more importance to the organicity of materials and to the “mise en corps” of the execution than to the intellectualization of a process.

Often inspired by music when I paint, I sometimes get bewitched by my senses and I act as a catalyst. Thus, my visual experiments are carried out in an instinctive way and relate more to the urgency of creating than to the application of a technical method. Separate series are organized naturally, nothing is really planned, since the secret order that can be detected in my works only appears posteriori.

In short, like the two precepts of life that support the constant evolution of everything and the infinite possibilities of the mind, I do not limit my work to a specific procedure, thus allowing me to rediscover myself at each creation.

A graduate in Graphic Design, I have been practicing this profession since 1991. I also studied at Bishop’s University for a certificate in 2003. I also worked as a creative director Of my agency Abeille communication inc. For over a decade and then transformed the company into a specialized workshop today under the name of Abeille Creation inc. I have more than 30 years of experience in the field of visual communications, graphic design and visual arts.

2019 (March) – DUAL exhibition “Amalgam” from March 13 to 24, 2019 at the Artothèque de Montréal.
2014 (October) – Exhibition “Symbiose” from September 29 to October 24, 2014 at the Tower of the Montreal Stock Exchange (Place Victoria).
2009 (December) – Exhibition of a selection of paintings at the Caisse Desjardins du Mont-Royal, from December 13, 2009 to April 30, 2010.
2007 (November) – “Delirium” exhibition from November 13 to December 2 at Galerie GORA Montreal.
2005 (October) – Solo exhibition “Catharsis” from October 15 to 28 at the IN VIVO Gallery, Old Montreal.
2004 (November) – Solo exhibition “Syringe Series Tome II” from 27 November to 21 December at the Place Chiropratique de la Gare in Saint-Basile-le-Grand.
2004 (May) – Solo exhibition under the theme “Syringe Series” from 14 to 27 May at Galerie Olivier Martin in Montreal.
1993 (October) – Solo exhibition under the theme “Délices d’Automne” at a thematic evening organized by the Association of Businessmen of Saint-Hubert (AGASH). 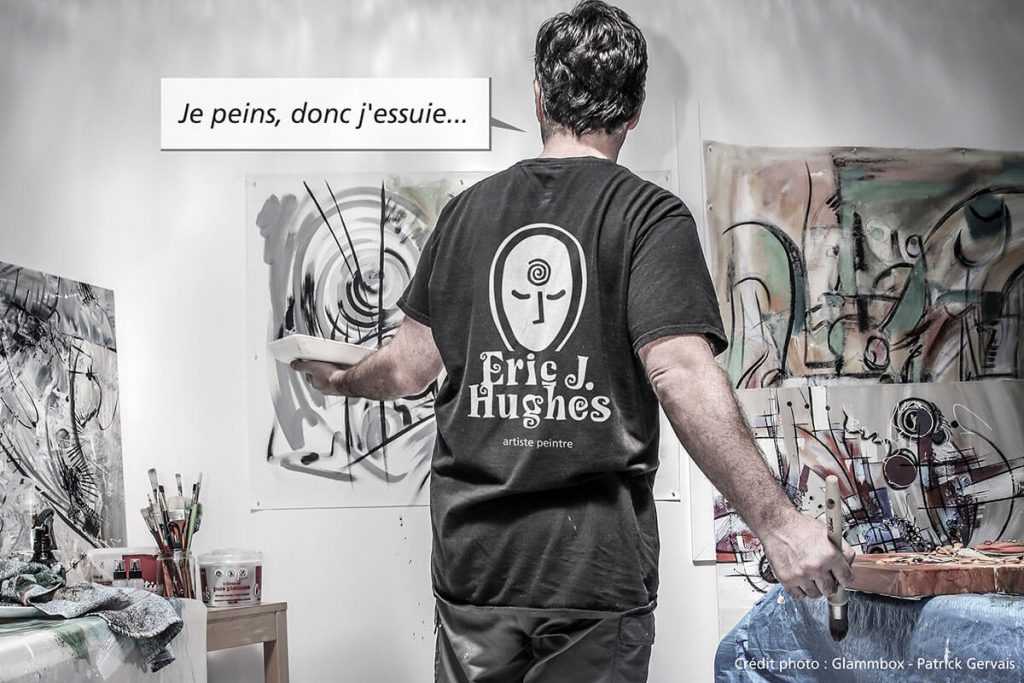